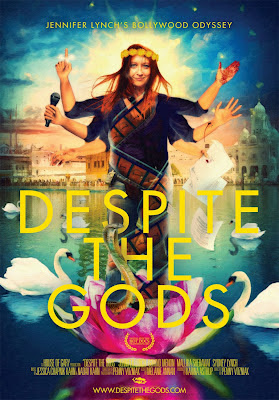 Penny Vozniak's documentary Despite The Gods sits comfortably beside its brethren Lost in La Mancha and Hearts Of Darkness: A Filmmaker's Apocalypse as a fascinating and poignant portrait of a passionate filmmaker struggling against the odds to achieve their dream. Except sometimes that struggle ends in something like Apocalypse Now, and sometimes it ends in... Hisss.
The film follows Jennifer Lynch's first foray into filmmaking since 2008's Surveillance (which was awarded Best Picture at Sitges), an Indian/American co-production called Hisss (with a working title of Nagin: The Snake Woman), which was shot entirely on location in India. Lynch is out of her element in an unfamiliar culture, and an even less familiar film industry, and it quickly becomes evident that she is struggling to cope with the pressures and stresses of this new environment. The production seems to be foundering from the very outset, and things only go from bad to worse as Lynch continues to slog through a grueling shoot that lasts many months. 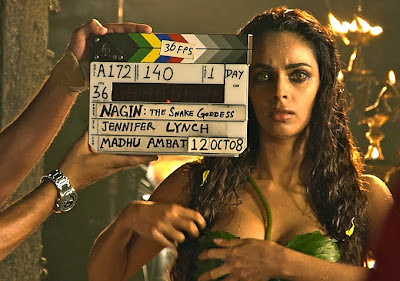 Despite The Gods is often laugh-out-loud funny, providing a welcome counterbalance to the constant feeling that everything you're seeing on screen is about to implode in a very ugly way. I found Lynch to be very likable, in a good-humoured, self-deprecating sort of way. At the beginning of the film she speaks candidly of the cruelty she suffered at the hands of the press in the wake of Boxing Helena, and the tough years that followed, when amongst other things she cleaned houses for a living. Perhaps most poignantly, she also discusses her obviously painful memories of the time following her father's greatest failure, Dune (coincidentally his third feature too), when "he didn't speak for a year". Her fear of failure whilst recounting this is palpable and moving, and again, greatly endeared her to me.
As a consumer, it's easy to take the whole process of filmmaking for granted, so it's good to be reminded by documentaries like this that your two hours of enjoyment are often the end result of thousands of hours of painful, difficult and thankless toil for the cast and crew. Succeed or fail: hats off to them all.