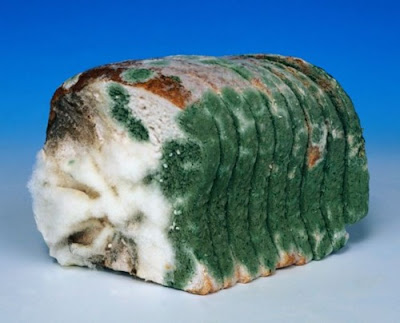 Something smells a bit stale around here. Has it really been five weeks since my last post? I guess time flies when you move house and your life gets thrown into total disarray. After 12 years in the inner city I'm now in a sleepier, more suburban locale and I'm starting to like it (it was a bit too quiet at first). Also, we still aren't connected to the matrix, but I'm on the Case (yeah, that was a bad Neuromancer joke). 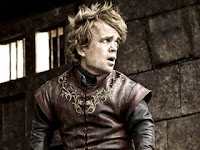 I haven't seen much in the way of movies recently (although "Why Cookie Rocket" was surprisingly solid), but I've had a lot of fun plowing through the first season of Game Of Thrones which is enjoyably violent, sexy, atmospheric and legitimately disturbing at times. I found much to hold my attention in season one: Sean Bean, Peter Dinklage and multiple layers of twisted political intrigue... all punctuated by some truly shocking and unsettling grue. In a literary genre that seems to value conservative nostalgia and convention over ideas and originality (endless, vastly inferior rehashings of The Lord Of The Rings, not to mention that the premise for Harry Potter was lifted wholesale from Ursula K. Le Guin's Earthsea books), writers like George R.R. Martin should be commended for coming up with stories that feel fresh, adult and unpredictable. Good stuff. 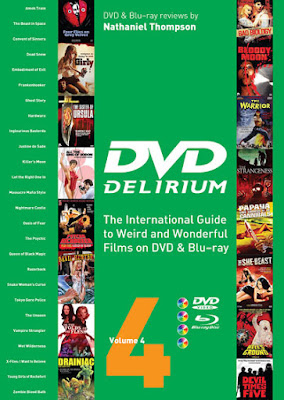 Actually, most of my recent filmic satisfaction has been found not on a screen, but in the pages of a book. I've been a faithful reader of Nathaniel Thompson's excellent Mondo Digital site for over a decade now, and when his DVD Delirium Vol. 1 was first released by Fab Press I jumped on it, initially devouring it cover to cover, only to return to it countless times over the years. I've been trawling local bookshops for the follow-up volumes for years, but recently I bit the bullet and ordered Vol. 4 direct from Fab.

Whereas in previous volumes Nathaniel shared writing duties with some esteemed colleagues, this time out he's gone solo, and I appreciate the consistency that approach has brought to the reviews. For me, the real value in these books isn't in the technical specs on specific DVD releases (though that's great too), but in the sheer breadth and depth of information that they provide on some of the world's most obscure, hard to find and flat-out weird films. The only other reference books I can compare them to in terms of obscure cinematic knowledge are Pete Tombs' excellent Mondo Macabro and Immoral Tales (the latter written with Cathal Tohill).

Honestly, I'm only half way through the "D" section and I can't believe how many new "discoveries" I've already made.

Who knew that Mark Gatiss - who portrayed my favourite character, Glen Bulb, on the brilliant BBC black comedy Nighty Night - was also a gifted genre writer who's penned episodes of Doctor Who and a creepy made for TV ghost anthology (called Crooked House), inspired by the classic Amicus anthologies? Probably loads of people, but not me! Had you heard that Dawn Of The Dead's David Emge appears in a 70's sexploitation romp called The Booby Hatch that was written and co-directed by Night Of The Living Dead's John Russo? I was ignorant again! Did you know that 70's Time Lord Tom Baker does "a nude scene no sane person ever asked for" in Pier Paolo Pasolini's The Canterbury Tales (I actually knew that one)? Have you ever heard of Altin Cocuk, Anti-Clock, The Bed Sitting Room or Codex Atanicus? Me neither, but I wanna see 'em all NOW!

The real beauty in these books is in the concise brevity of each review - in just a few paragraphs you often get plot, cast and crew backgrounds, anecdotes, production history, home video history, personal insights and some tantalising (and spoiler free) teases of what to expect from the film in question. If you haven't discovered these indispensable books yet, they come very highly recommended from your's truly.
Posted by Aylmer at 16:37 7 comments: