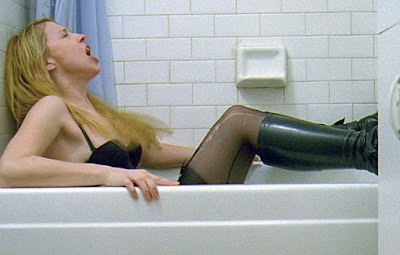 An alert to my fellow Sydneysiders, that New York rapper R.A. "the Rugged Man" Thorburn is playing The Gaelic in Surry Hills on May 5th. Fans of Frank Henenlotter will recognise his name from Frank's latest opus Bad Biology which Thorburn produced and co-wrote with the master (he also appears briefly).

I don't really know the man's music, but anyone who bankrolls the first Henenlotter film in a decade and a half is alright by me. 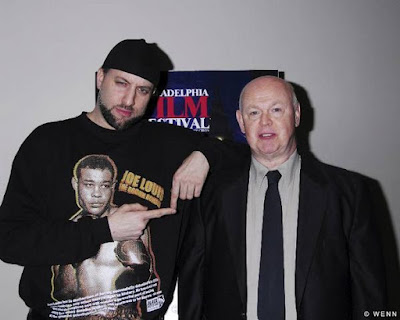 R.A. and Frank
Check out the track below that he wrote for Bad Biology. The lyrics are excellent, detailing the story of the making of the movie. Watch out for the line: "I wrote a script with the cult director Frank Henenlotter"!

Back From The Dead 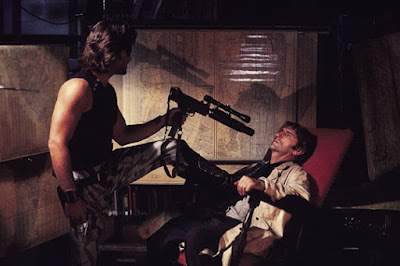 I move home from the Krankenhaus tomorrow, so it's time to get back to this blogging business. I still feel like shit and my brain is moving like industrial sludge, so my posts over the next few weeks will probably be of the less verbose variety. Maybe just some pretty pictures to viddy, my droogs.

Had to share this (via Fangoria), because it's just so damned cool. How cool? It's Snake Plissken, so it's holding steady on trajectory in the Gullfire and fast approaching Absolute Zero. For my money, there simply is no cooler badass in SF lore. Incidentally, check out the cover of the latest Fango. Fuck yeah.

This is a five minute clip of the legendary Alan Howarth performing music from EFNY and Christine just a couple of weeks ago at the Unsound Festival in New York. As the faithful already know, Alan also collaborated with JC on Big Trouble In Little China, Prince Of Darkness and They Live. The sound on this is good, so crank it up and enjoy!


Not enough? Well then, click the quote below for the OST to Escape From New York in all it's analog glory.


I don't give a fuck about your war... or your president 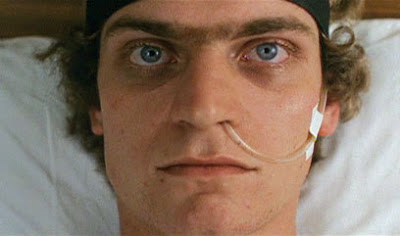 Just a quick note to say that I'm moving into hospital tomorrow for four weeks of chemo and a stem cell transplant, so this is probably my last post until the first week of May. It'll be a new and interesting experience for me, because throughout my years of treatment, I've always been an outpatient. I'll have my laptop with me, however I'm not sure if there's any wifi access (we're talking public hospital here), but regardless I'll probably be feeling too shite to bother writing anyway.

I've been saving up some good reading for the occasion: Iain M. Banks' new Culture novel Surface Detail (I'm a huge fan); the first book in Joe Haldeman's new "Mars series", Marsbound; and Charles Burns' Black Hole which I've been wanting to read for years! As for viewing, I'll be sinking my teeth into The Wire season 3 and Deadwood season 3 - another couple of things I needed to catch up on.

I'll leave you, my friends, with this clip from a truly underrated classic, Dead & Buried (written by the dynamic duo of Shusett & O'Bannon). I hope my nurses treat me better than this evil bitch!