Fight Or Die: THE RAID 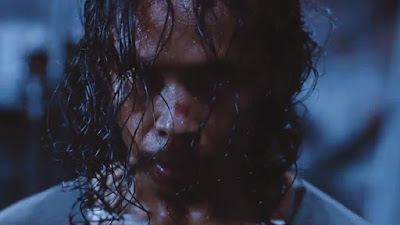 Greetings friends, long time no see! Apologies for the lack of posts recently, but I've been under the weather and out of action. Turned out to be really bad timing too, as I missed out on the entire 2012 Sydney SF and horror film fest, including screenings of Beyond The Black Rainbow and the brilliant indie ghost shocker Skew. Needless to say, I wasn't impressed.
The other day I did manage to drag my rotting carcass out of the house to go see Gareth Huw Evans' The Raid... and holy shit, what a movie. The Raid is the kind of action flick that lends itself to a lot of hyperbolic statements, but unlike many of its brethren it deserves every one of them. This movie is pure, unadulterated badassery, distilled down to the very essence of macho, animal rage. 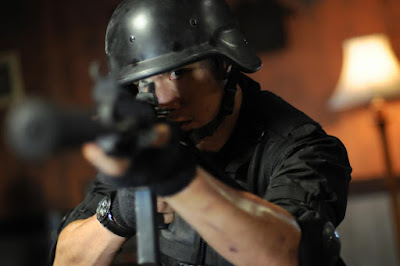 You know the plot - a Jakarta SWAT team executes a daring dawn raid on a run down tenement building occupied by some of Indonesia's toughest gangsters. As far as character arcs and other so called "essential" story telling elements go, there's a sub-plot dealing with the bonds of brotherhood, loyalty and betrayal etc, but I just found it to be a slightly annoying distraction from the real meat of the movie - the action. The Raid isn't about well-drawn characters or thought provoking messages. It's about violence, tension, fear, despair, death and unflinching courage in the face of all those things. It's about carnage, splattered plasma and screaming bloody mayhem. Everything you've heard about the action in this film is true. Whether it be a fully auto fire fight or full tilt hand-to-hand combat, the violence in The Raid is as perfectly choreographed, staged, shot and edited as you are ever likely to see. I spent most of the running time looking something like this, and inadvertently yelled out "YEAH" several times. At one point I had to consciously restrain myself from jumping to my feet. Just pure bloodlust and glee.Speaking of staging, another thing that impressed me about the film was the location and how well it was utilised. I like films that place you in a confined environment, the action moving through it in such a way that you become so familiar with the locale that the film turns into a kind of immersive experience. At a certain point you are so aware of the spaces "around" you that it feels like you are there (see also [REC], Rammbock, The Rocky Horror Picture Show etc). The Raid achieves this sense of a palpable environment very early on, thereby establishing an uneasy feeling of claustrophobia due to being isolated and trapped in a very bad place. Once that initial tension is established, there's no turning back. Set piece after amazing set piece follow, in a mounting barrage of psychotic violence that will leave all but the most sadistic of viewers well and truly sated. 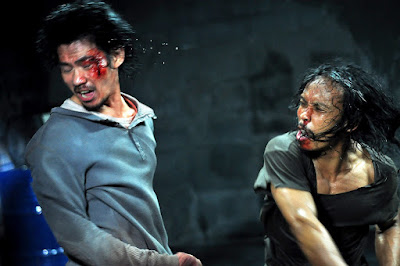 So, what about the fighting? The martial art featured here is called Silat or Pencak Silat, and is native to Indonesia and Malaysia. It's gnarly. The Raid is brimming with a number of skilled practitioners of the discipline, but one individual stands head and shoulders above the rest. Which is funny because he looks to be about five feet nothing tall. The diminutive killing machine of whom I speak is none other than Yayan Ruhian, and his cool-as-ice portrayal of Mad Dog in this film is the stuff of cult legend. Unsurprisingly, he also served as fight choreographer for the film, and I'm pretty sure we'll be hearing more from Yayan in the near future.The Raid is a movie that wears it's influences proudly on its sleeve (perhaps Assault On Precinct 13 more than any other, right down to the Carpenter-esque score), but this is no mere pastiche of previous action classics. It stands on its own.People throw the term "game-changing" around pretty loosely, but The Raid truly is the new benchmark by which the genre will be judged. Hyperbole? Fuck that. 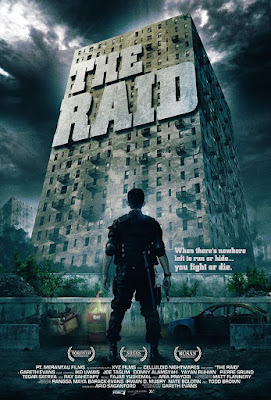