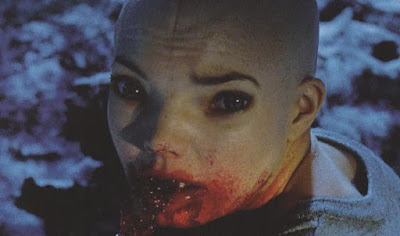 This blog is intended to be a forum for me to rant about one of my life-long obsessions: genre films. A creative outlet for my macabre passion and a way to stop boring my long-suffering, non-film obsessed friends.
My main focus will be on original, independent, taboo-breaking and downright transgressive cinema - most of it oozing and shambling from the artistic fringes, with the occasional mainstream movie rearing it's ugly head. I don't have anything against popular cinema per se, but this blog will try to avoid the cliche, homogenisation, banality and ennui that pervades the bloated corpse of the big studios.

With this blog I'll be exploring to the bottom of that celluloid berg, plumbing it's darkest, coldest depths to see what depraved excess and sublime beauty I might find lurking there.
Posted by Aylmer at 13:19 2 comments: