"They're not Swedish Mac, they're Norwegian" 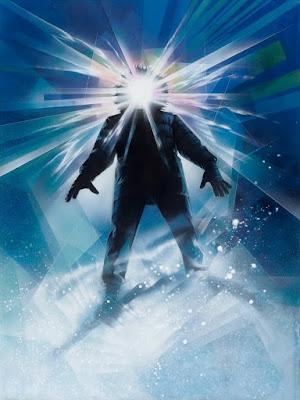 Full disclosure: one of my most keenly anticipated movies of next year is the prequel to John Carpenter's The Thing.

As I recently said of Alien, The Thing is another of my top-five "Mount Rushmore of Celluloid" films. A movie so influential on me, so close to my black, festering heart that it's position upon that gory edifice is assured until the day I die. So how can I condone this new abomination... this prequel? Quite simply, I just can't help it.

Although I've decried the practice of remaking recent movies, I've made my peace now with the remaking of older films. We've already seen so many of our sacred cows slaughtered (with varying results), it's become obvious that a new version of an old favourite doesn't really damage the original film's legacy. The original still remains - unsullied, unharmed and ready to be discovered by new generations of genre fans.

When it was announced that Dawn Of The Dead was being remade, I was among the hordes of righteously angry Romero fans. It was unthinkable to me that this cinematic sacrilege could possibly result in a good horror movie. But in spite of all my naysaying, James Gunn wrote a good screenplay (intelligent, nuanced, lacking Romero's social commentary but packed with solid characters and genuine pathos), and Zack Snyder directed a gory, scary movie that paid tribute to Romero where appropriate, while treading enough new ground to make it interesting.

Dawn '04 was brought to us by the same production company that is behind next year's The Thing - Strike Entertainment. With only eight films yet released (to my knowledge), Strike already has a very impressive genre pedigree: the aforementioned Romero remake; James Gunn's excellent but criminally overlooked Slither; Alfonso Cuarón's superb SF masterpiece Children Of Men; and this year's critically acclaimed The Last Exorcism (haven't seen it yet). As far as production companies go, The Thing appears to have found a good home (host?). 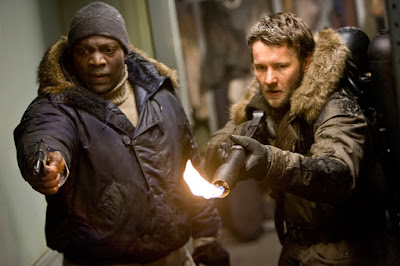 Who goes there? Not Mac and Childs.
But what of all the little creative details that are so crucially important for this movie, and without which it simply won't work? Well, things aren't looking too bad:

- first time director Matthijs van Heijningen has always maintained that he has a huge amount of respect for Carpenter's film, and wants his prequel to dovetail with it, not "update it" or "make it fresh and hip" (ugh). The tone of the new film is said to be serious, grim and R-rated.

- This attitude is reflected in his casting choices. An interesting ensemble made up of more or less unknown Norwegian actors and a respectable group of english language thesps. The inclusion of an attractive young woman (i.e. the threat of an unnecessary love interest) isn't a worry - Mary Elizabeth Winstead has real acting chops, and van Heijningen is said to have made a point of "plaining her up", as befits her role of archaeologist. I also appreciate the "pseudo remake" casting of Joel Edgerton as a grizzled helicopter pilot and Adewale Akinnuoye-Agbaje (excellent in HBO's Oz) as his tough co-pilot. The two are obvious stand-ins for Kurt Russell's MacReady and Keith David's Childs, and I don't mind the homage. Sure, Edgerton is no Russell (who is?), but he's no air-headed pretty boy either.

- In line with the original's theme of isolation (not only in the hostile, remote environment, but within each person, as they come to distrust their colleagues), the word is that a major plot point involves the language barrier contributing to a rift between the inhabitants of the Norwegian base and their invited foreign guests. An interesting idea.

- As reported by various sources, an exhaustive amount of research went into replicating the Norwegian base as seen in the '82 film. Sets like the room that holds the "ice block" have apparently been slavishly recreated down to the finest details. It's also said that the Norwegian base sequence from Carpenter's film was religiously used as the primary source of reference for the screenplay and production design. All of MacReady and Copper's grim discoveries in the original will be included and explained in the prequel.

- The film was shot in the super-wide scope format favoured by Carpenter and frequently collaborating cinematographer Dean Cundey.

- Most importantly the creature FX are said to be mostly practical, generally only utilising CG to enhance details. This process was used extensively in del Toro's Pan's Labyrinth and Hellboy II, and the results there were impressive and sometimes astonishingly good. Also, the company providing the visual FX are the talented folks who worked on District 9, so what CG there is should be top notch. As far as the actual design of the creature, there's a vivid description of one of it's incarnations here, and it sounds pretty much in line with Rob Bottin's work. Although reports of the budget seem to vary at between 35 and 70 million (depending on where you look), Twitchfilm recently quoted an article in Norwegian newspaper Dagbladet, which claimed that 15 million was spent on the creature FX alone. That's a fuckload of writhing, tentacled, DNA assimilating, weird and pissed off... THING.

So. Do I think it'll live up to Carpenter's movie... or come even close to it's awesomeness? No way. I'm not a complete chump. But if any of the above is to be believed, then there is some potential here. Like I said, I'm such a fan of J.C.'s flick that I just can't help but be enthusiastic about revisiting the ultimate in alien terror. 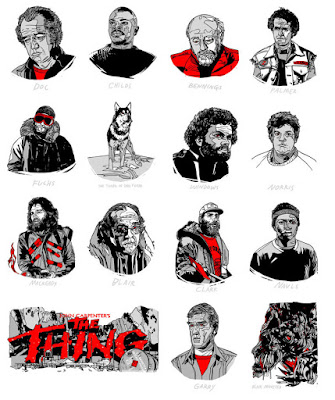 Artwork by Tyler Stout.
Posted by Aylmer at 01:38