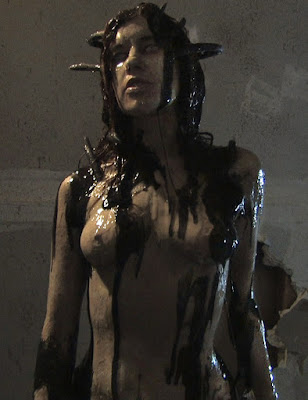 I'm a life-long fan of The Blob (I love Chuck Russell's gory '88 remake), and Larry Hagman's Beware! The Blob occupies a special place in my heart as being the movie that utterly scared the shit out me as a little kid. For a year after seeing it I was petrified that the crack under my bedroom door would suddenly spew forth an unstoppable mass of sentient, flesh-absorbing protoplasm. Blob-monster movies are a rare occurrence, so when one finally creeps around it's a reason for fans of the sub-genre to celebrate. 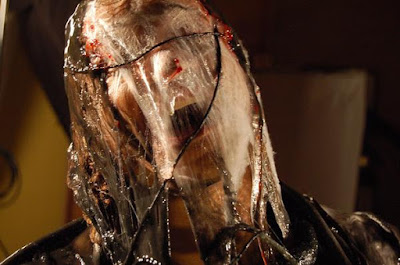 I've been hungrily following the oozing progress of writer/director John Lechago's Bio-Slime for a couple of years now. It seems to have had a drawn-out post production process, which isn't surprising when you consider how FX heavy the film appears to be. Successive teasers have gradually revealed more of the impressive looking creature & gore FX, and this most recent trailer boasts some tantalisingly disturbing imagery.

Lechago's Bio-Slime (recently retitled as Contagion), seems to have expanded on the traditional blob formula by mixing in elements of Carpenter's The Thing, The Raft from Creepshow II, demonic horror and Gigeresque biomechanics. These varied influences, and some clever low-budget practical FX look to have resulted in something that is satisfyingly disgusting and unsettling to behold. It recently screened as part of the Chicago Horror Film Festival, where it unsurprisingly took home the award for best FX. 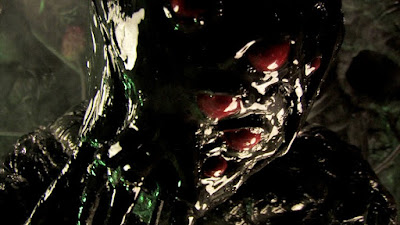 The finished film is currently seeking a distributor at the AFM, so hopefully we'll get word of a DVD release in the near future. For now, enjoy this gooey trailer...

Email ThisBlogThis!Share to TwitterShare to FacebookShare to Pinterest
Labels: Bio-Slime, The Blob, trailers