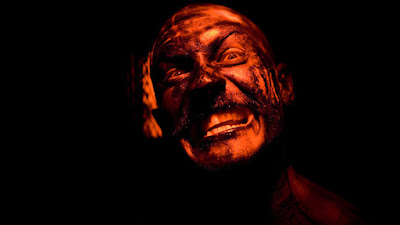 Looking back at my first post below (from March last year), It's interesting to see how my expectations for 2009 panned out (or didn't).

My most anticipated film - Natali's Splice - has still not seen a release since being picked up by German company Senator International some two years ago. There's been talk of Senator's financial woes and possible studio meddling to tone down some of the films more confronting elements and give it a more "mainstream appeal". Ugh. An example of this short-sighted stupidity is the studio's idea to change the name from the evocative Splice to the utterly generic Hybrid.

There's still hope though! The film debuted at last years Sitges Film Festival to a positive critical reaction and came away with the festival's award for Best Special FX. Since then it's been added to this years Sundance midnight section where it will hopefully generate some buzz and find a new distributor. In the meantime the excellent twitchfilm.net is hosting a diary written by Natali documenting the experience of taking his monstrous labour of love to Sundance. The first entry can be found here. 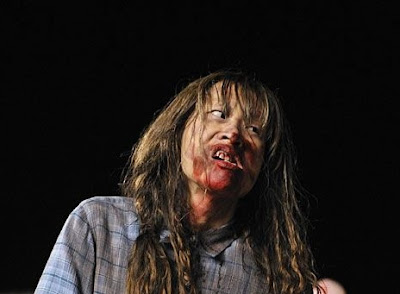 So, looking back at my first post again, it's interesting to note that Romero's latest zombie film (going under the working title of "... Of The Dead" at the time of that writing) has since received a proper name as Survival Of The Dead, and opened at various festivals to very mixed reviews (it really seemed to polarise people). It's been picked up for distro by the genre-friendly Magnet and I for one can't wait to see it. I'm not a Romero apologist (I'll happily admit that about half his output has been pretty wonky) but I've found a lot to like in both of his "neo-dead" flicks. Yes, even Diary.
My prediction for an '09 release of Stuart Gordon's latest Lovecraft adaptation The Thing On The Doorstep was wildly off the mark as it seems to have all but vanished from his slate of future projects. The burly auteur spent the year working in his original medium - the theatre - on a one-man production called Nevermore... an Evening with Edgar Allan Poe starring who else but Jeffrey Combs. According to bloody disgusting he may now be attached to a horror project called The House On The Borderland which although not an H.P.L. adaptation, seems very Lovecraftian in nature. From bloody disgusting: "the supernatural thriller focuses on a family that relocates to a relative’s rural home only to discover it guards the border between our dimension and another which is inhabited by a race of hostile creatures." Sounds promising.

As far as the rest of the movies mentioned in that first post - Q.T. really silenced the nay-sayers by serving up a satisfying and exciting exploitation epic in Inglourious Basterds. A pretty amazing feat given how rushed the production was. John Hillcoat's The Road is finally getting a theatrical release this month after long delays. Early reviews have been pretty mixed, but at least it seems to have retained the grimness of Cormac McCarthy's book. Finally, Winding Refn's little metaphysical viking pic Valhalla Rising has still only been seen by a few festival goers but his other '09 film Bronson is one of the few last year that really surprised me. This hypnotic Kubrickian homage really blew my mind, in no small part due to Tom Hardy's intense performance. It easily made my top three for the year along with Neill Blomkamp's stunning SF debut District 9 and my biggest surprise of the year - von Trier's Antichrist. Von Trier was a director I had long dismissed as a pretentious art-wanker of the most annoying kind, but this sublimely beautiful and deliciously disturbing horror movie has had me completely re-evaluating my opinion of him (I've since watched Breaking The Waves for the first time and loved it). So in the end, not one of my top-three movies for last year was a film I was looking forward to - they all took me by surprise. A lot of the fun of being a film geek is the anticipation and speculation that comes with looking forward to movies, but the weird thing is that the end result is so rarely what you expected.

So, in the words of last year's real fantastic fox: CHAOS REIGNS!