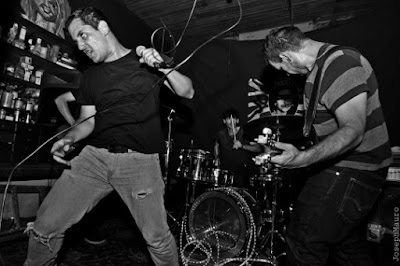 Born under the sign of the four bars, creepy crawling and screeching forth from Lovecraft's hometown, Latishia's Skull Drawing have arrived to corrode your synapses and peel the paint right off your walls.

As much as I love them, it's fair to say that other Flag infused bands like Annihilation Time, It's Casual and Rational Animals have sometimes been a bit too slavish in their Ginn/Dukowski worship. So this trio's approach is refreshing, using those now all-too-familiar sounds as a mere jumping off point into a deep, nasty, acidic pool of their own making. Not unlike Gay Kiss' second album in that way. LSD's demo is the one to beat right now, the most devastating hardcore release I've heard in months. Debut LP out sometime next year on Iron Lung. 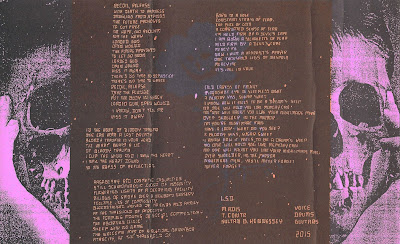