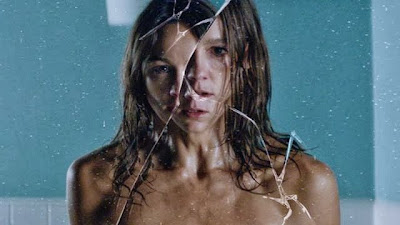 Sydneysiders, Popcorn Taxi is hosting a screening of Mark Hartley's Patrick remake on October 9. The screening will be followed by a Q&A with director Hartley and producer Antony Ginnane.

Mark is of course the local hero behind the awesome documentaries Not Quite Hollywood, Machete Maidens Unleashed! and the upcoming Electric Boogaloo: The Wild, Untold Story of Cannon Films, and I'm really pulling for him to kill it on his first horror feature (It's been getting some positive reviews out of Fantastic Fest this week!).

For anyone familiar with Aussie exploitation, Antony Ginnane's name should sound familiar too, having produced a ton of movies including Richard Franklin's original Patrick back in 1978. He also produced one of my favourite '90's movies, the Peter Weller starring SF/horror hybrid Screamers, which was adapted from a Phillip K. Dick story by the late, great Dan O'Bannon.

Just like Craven's The Hills Have Eyes and Alex Aja's superior redux, I think Patrick is prime material for a remake. Although I'm fond of Franklin's '78 film, there's definitely plenty of room to expand and improve on the original's ideas and execution.

Patrick 2013's talent in front of the camera is looking good too. It's nice to see Sharni Vinson in another horror flick so soon after impressing in You're Next, and Charles Dance, so good in Game Of Thrones, will surely make a satisfyingly menacing mad doctor. Yeah, Patrick's gonna fuck him up.

I wish I was going to this myself, but I'll be at the VAARALLINEN show that night instead. For those inclined, details of the Patrick screening can be found here. 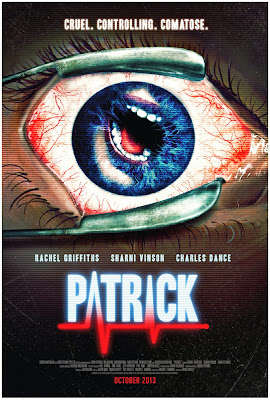