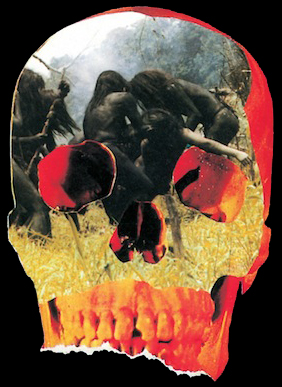 O.K. I'm gonna take another stab at this blogging shit. 13 months after my last post everything is unfamiliar and alien looking. Is this the same new interface that everyone was complaining about around the time I quit, or has Blogger updated again since then? I have no idea, and it all feels like a long time ago (it was).

I've been lurking around some other squalid corners of the internet, but looking around here I'm happy to see that many of my old comrades in arms are still writing and thriving. As for myself, I lost interest for a while due to lack of time. Ironically, a return to health (two years in remission!) necessitated a return to the work force, which resulted in my having less time and energy for this kind of thing. Well, fuck that. We all need a creative outlet, and - shoddy as it may be - this is mine.

I always made this up as I went along, so I don't really know what I'll be doing, but my plan is to focus a little more on music now. The balance of cinematic to musical content might be closer to 50/50 I guess.

I've seen a lot of movies and listened to a lot of music in the last year, so I feel like I have a ton of stuff to get off my chest.

Just one more thing that I need to say right now. My review for Prometheus below, is utter shite (UPDATE: it was giving me the shits so much that I just deleted the post. TAKE THAT PROMETHEUS!). I'm a pretty obsessive fan of both Alien and Blade Runner and my expectations for Scott's return to science fiction were... too high. The disappointment that I felt at seeing it was akin to a body blow. It really stung. The review below was written during the denial stage of my post-Prometheus Kübler-Ross trip. I've since moved on to begrudging acceptance with a lingering hint of resentment.