I haven't been going out to the movies much recently, but I've got a pretty solid week of cool genre geekery coming up soon. Between the 6th and 12th of November, I'll be seeing a diverse trio of movies as part of two separate film festivals and an advance screening Q&A. All three are some of this year's most talked about flicks, so I'm pretty excited. 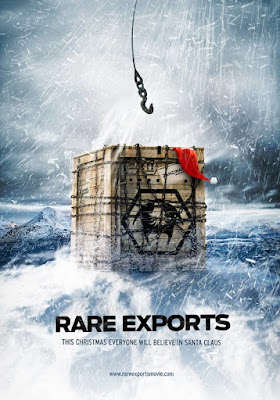 First up is this Finnish fantasy/horror film, directed by Jalmari Helander, which cleaned up at this year's Sitges Film Festival, taking Best Cinematography, Director and Picture. It looks to have been made in the spirit of that very particular '80s style typified by Spielberg's collaborations with Tobe Hooper and Joe Dante. Light, entertaining horror fare, but somewhat darker and edgier than the average kid's flick. I'm also a sucker for movies that are shot in the snow, and apparently Rare Exports looks terrific. This is screening as part of the Fantastic Planet SF & Fantasy Film Festival. 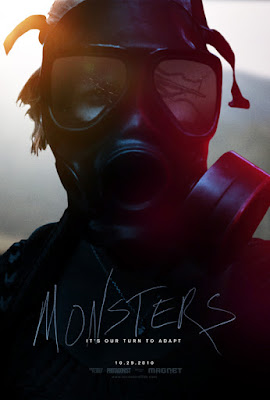 Two days later and I'll be catching one of my most hotly anticipated movies of the year - Gareth Edwards' Monsters. I love low budget films that manage to transcend their financial limitations, and the word is that Monsters achieves this in very clever ways. The main attraction for me here is obviously the titular Lovecraftian invaders (apparently, although the "reveal" is sparing, the FX are impressive), but I'm just as intrigued by reports of Edwards' vérité approach to location shooting - utilising real situations and crowds to gain a heightened sense of realism. This one is followed by a Q&A with Edwards. Cool! 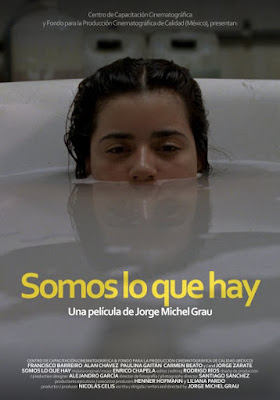 Finally, I'll be seeing Jorge Michel Grau's We Are What We Are (Somos Lo Que Hay) as part of the Hola Mexico Film Festival. This tale about a family of cannibals has been getting raves from horror fans, and took home both the Best Feature & Screenplay awards at this year's Fantastic Fest. I know next to nothing about this one, and I intend to keep it that way. I want to taste it just as fresh as the flesh being devoured by it's protagonists!

So, it looks like a wall-to-wall week of pretty unique horror movies, all of which actually show some promise. As they say, "it never rains [blood], but it pours"!
Posted by Aylmer at 17:35

Email ThisBlogThis!Share to TwitterShare to FacebookShare to Pinterest
Labels: Mexican horror, Monsters (film), posters, Rare Exports, We Are What We Are