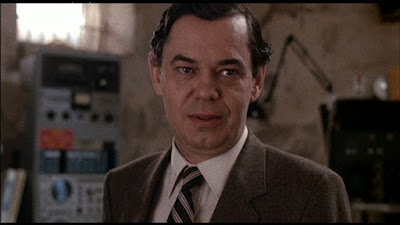 "You'll forgive me if I don't stay around to watch.
I just can't cope with the freaky stuff"

Over half a year into this blog, and the EYE is yet to cast it's baleful gaze sufficiently upon my favourite director... Mr. David Cronenberg. To remedy that I'm embarking on a series of reports dedicated to the Canadian Master. These reports are comprised of data gleaned from various covert sources of intelligence within the Zone and Annexia.

A WARNING that reading these will result in the development of tumors in the human cerebrum. If you read too much, you will feel these words coalesce, and become Flesh... uncontrollable Flesh.

I'll be looking at some recent examples of Cronenbergian influence & references in art, design and popular culture. I'll also be uploading a few of Cronenberg's rare short films for download. No, not Transfer, From The Drain, Stereo or Crimes Of The Future (the latter two of which have been easily available for a while now on Blue Underground's excellent Fast Company DVD). Rather, some of his early genre TV work, made at the same time that he was crafting his seminal shockers, Shivers and Rabid. These will be pretty rare to most people. 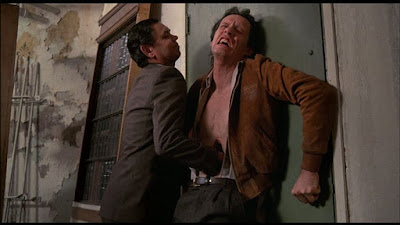 First up let's take a look at Cronenberg's short film Camera, commissioned by the Toronto International Film Fest in 2000 to celebrate it's 25th anniversary. Made just after eXistenZ, this brilliant and beautifully crafted short shares that film's connection to Videodrome in it's exploration of the Media's ability to transform the psyche, and through that, the body. Again technology is given "life" (though here it's less overtly organic). We've seen TVs, videotapes, typewriters and game consoles take on a malevolent life of their own. Now the camera itself becomes the antagonist.

It's pretty obvious that Cronenberg had Videodrome on the brain (pun intended) again at this period of his career, when Camera's human protagonist relates a nightmare he had:


"it was the movie that was doing it. I had caught some kind of disease from the movie... and it was making me grow old... bringing me closer and closer... to death."


And it's the protagonist of this little film that really makes it work. Cronenberg has a habit of sticking with actors he likes, which has resulted in some fascinating lesser-knowns turning up repeatedly in his movies to great effect (see Robert A. Silverman: Rabid, The Brood, Scanners, 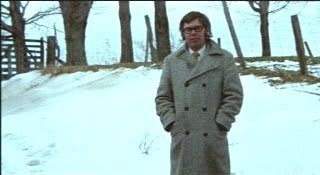 In this little film he gives it his all (and that's a considerable amount), and his performance is memorable and emotionally affecting. Pretty amazing, given the film's brief running time of only six minutes. In fact, it's surprising how profound & moving this little piece is - an obvious testament to Cronenberg's brilliance and Carlson's skills. Please download the short below, it's a really nice quality AVI at about 100MB. And remember, your reality is already half video hallucination. If you're not careful, it will become total hallucination. The tumor is growing.