I Don't Care About The Wild Wild Girls 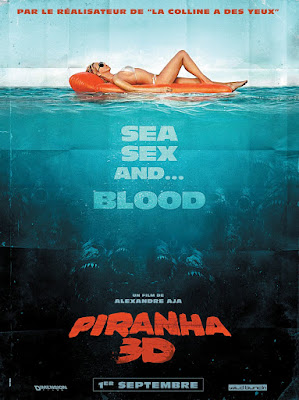 Dear Alex Aja... what happened?
This is the first bit of promotional material for Aja's upcoming Piranha remake that has been even remotely good (but that tagline, ugh). It is a good poster, reminiscent of the superb 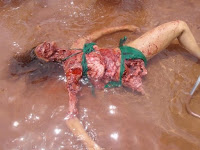 one sheet for Dante's '78 original. But other than some early excitment about KNB's gore FX for the movie (that admittedly looks impressive)... Piranha 2010 is not looking good.

The first half of the trailer looks promising. Then, not so promising. And I hope that's unfinished CG on the piranha... because it looks like shit. Every bit of US promo that we've seen; from various permutations of the logo, to the teaser poster, to those embarrassingly stupid viral websites, just screams half-assed. The Wild Wild Girls are really, really weak.

Why am I being so negative? Because I love Alex Aja.

I love High Tension. I've never understood why so many people hate the ending, because Tension doesn't require a logical resolution. It's just a kick-ass celebration of both gialli and slasher movies that - in the tradition of many great gialli - is more concerned with visual style and effectively staged mayhem than a coherent narrative. It's flawlessly shot, particularly in the first act where it's a very "still" movie, and manages to juxtapose some moments of genuine beauty against all the horror. 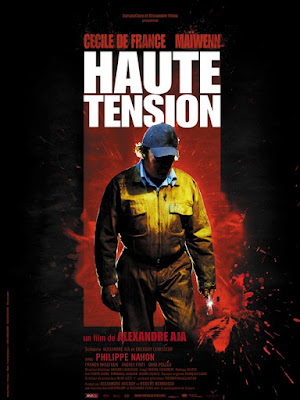 It's not all just pretty pictures though. The deliberate pacing of the first act really does build a lot of tension that pays off later on. The performances are excellent throughout. The killer is really cool. The gore is well executed, and the violence is shocking and disturbing. Haute Tension est fantastique!

I love The Hills Have Eyes even more! Hills is my favourite of the recent explosion of American remakes, and is the only one that I personally think has improved on the original (other than Last House and NOES, I'm not the biggest Craven fan).

Again, it's just perfectly shot. The desert is stunningly photographed, but it also looks hostile, menacing and lethal. The score, by Tomandandy, is one of the best horror scores of the last decade. Tension-building, creepy and ethereal; it really evokes feelings of the isolation and tragedy that you're seeing play out on the screen. The makeup and gore by KNB is top-notch, easily amongst their best work ever. 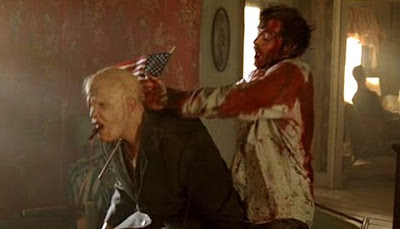 And the violence... brutal, unrelenting, shocking and ultimately, disturbingly cathartic. Surely this criminally mistreated underclass of fringe-dwelling mutants should be pitied. But as we watch our anti-gun, liberal hero suddenly change into a vengeful gun-toting warmonger - losing part of his humanity in the process - we cheer for the spilled blood of the disenfranchised mutants. We cheer because they attacked the sanctity of Christian values and the family unit... and for that they must die. They may be cannibal mass-murderers, but in the end aren't they just desperately trying to survive in the aftermath of having their whole world destroyed by the government's callous nuclear testing? They are an insignificant class of humans, living on the edge of "civilisation"; expendable, collateral casualties of the profiteering military-industrial complex.

Tough, thought-provoking and savage, The Hills Have Eyes was an amazingly promising followup to Tension.

Then Aja made Mirrors. Mirrors was not only one of the shittiest horror movies of the last decade, but one of the worst movies of any genre. Ever. It sucked. How do you follow two such great movies with... that.

So, I really want Piranha to be good. Not only because I dig Aja, and I know he can do great things, but because I love the sub-genre! Underwater monster movies rule! I hope it surprises me and turns out to be the fun, popcorn creature feature that it's being sold as. But I think that maybe this fish is gonna stink.