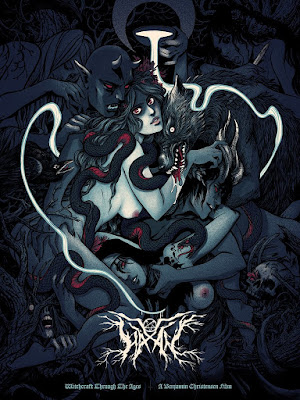 Häxan: Witchcraft Through the Ages is a film like no other. It's the celluloid equivalent of Hieronymus Bosch's ergot and psilocybin nightmares and Gustave Doré's visions of Hell. The imagery in Häxan is still as potent as the day it was shot, and it's weird to think that in just six years it will be a century old.

At the Sabbath witches and sorcerers first desecrate the Church's holy cross. Satan gives all the participants devil's names. And a ceremonial banquet is held. The Sabbath food was often prepared from corpses from the gallows.