The Mighty Monarch Of Exploitation! 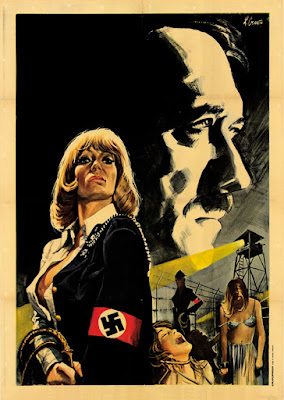 A few days late, but I want to acknowledge the passing of notorious sleaze producer David F. Friedman, partner in crime to the similarly infamous Herschell Gordon Lewis.

Starting in 1961 the two worked together frequently, first on Lewis' early nudie-cuties (The Adventures Of Lucky Pierre, Daughter Of The Sun, Nature's Playmates, Boin-n-g), and then on the seminal Grand Guignol trashfests Blood Feast, Color Me Blood Red and Two Thousand Maniacs! (the latter being a personal fave of yours truly).

The blood-letting in these flicks may be tame by today's standards, but it has to be viewed in the context of the era in which they were created. We're talking about splatter movies that were made almost 50 years ago! To give it some historical perspective: Le Théâtre du Grand-Guignol in Paris closed it's doors for the final time in 1962... mere months before Blood Feast was unleashed on the world in '63.

With that in mind, I don't think it's hyperbole to say that Feast could be considered the symbolic heir to the anarchic, underground spirit embodied by that famous theatre. A harbinger of less morally constrained times to come... when a voyeuristic fascination with the darker and more carnal side of life would become a deep-rooted and permanent fixture of the mainstream psyche. 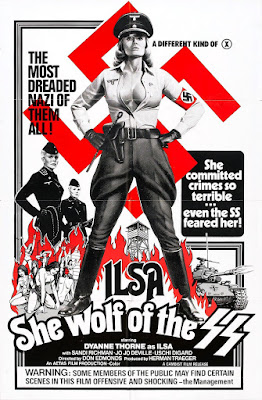 About a decade later my fondest and most rewatched Friedman-produced sickie was puked out, whereupon it immediately commenced goose stepping it's sexy jack boots all over the fresh graves of Good Taste and Decency. That film was of course Don Edmonds' delirious Ilsa: She Wolf Of The SS, and it remains my favourite Nazisploitation flick to this day. Speaking of which, can any of my uber-knowledgeable readers comment on the origin of that Ilsa artwork at the top of this post?

Today, the legendary HGL posted a few warm words of his own about his old friend at Fangoria. It's well worth the read, here's an excerpt:

"On the set, Dave sometimes took a “What am I doing here?” role, but we all knew better. Once, the neighbors of a home in whose yard we were filming one of our goofy FX called the cops. A determined-looking policeman arrived, ready to growl and fuss. Within five minutes, Dave had the cop playing a role in the film."

"The rushes are late? Dave makes a phone call and they’re here by taxi. My ancient Mitchell camera isn't grinding? Dave knows somebody who will drop whatever he’s doing and come over to fix it. They want to kick us out of a location? No problem, just let Dave talk to them."

Check out the rest of Lewis' obit at Fango HERE.

Well, so long Dave, and thanks for all the mammaries! 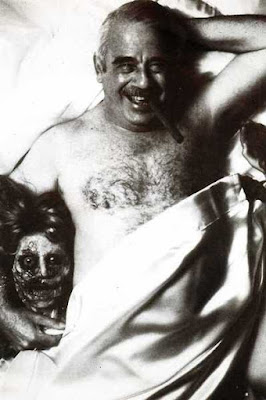