The Colour Out of Space 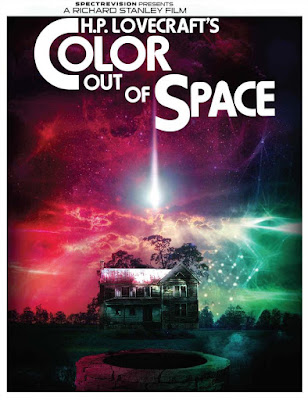 Great news today as SpectreVision has announced its plans to back Richard Stanley's adaptation of H.P. Lovecraft's short story The Colour Out of Space. Stanley, whose Hardware is a certifiable DIY sci-fi classic, is just the kind of maverick director to tackle Lovecraft (see also Stuart Gordon). I'm far more interested in seeing his vision of HPL's universe than someone like del Toro (especially after learning of his plans for At the Mountains of Madness).

SpectreVision is the baby of Elijah "Maniac" Wood (a self professed horror freak) and Josh Waller (director of the Zoe Bell actioners Raze and the upcoming Camino), who envisioned it as a production company and distributor that specialises in quality indie horror/genre films. So far they've distributed some great flicks, including Ana Lily Amirpour's highly acclaimed A Girl Walks Home Alone at Night, and have some cool looking movies in development (The Greasy Strangler). They're the perfect backers for a Stanley joint.

The word is that Stanley's screenplay is excellent. In his own words:

"There needs to be a scary Lovecraft movie. I want to make a bad trip film, and The Colour Out of Space definitely has what it takes to be a very, very bad trip indeed."

The story (said to be Lovecraft's personal favourite) is about a farm that is blighted by a mysterious meteorite, poisoning and mutating the surrounding countryside before sending the farm's residents insane... and worse. It's almost certainly the precursor of any number of similar sci-fi/horror stories, from The Blob and The Lonesome Death of Jordy Verrill to Night of the Creeps and Slither. It was adapted in 2010 (on a shoestring) by German filmmaker Huan Vu under the title Die Farbe.

Let's hope this one comes to fruition... 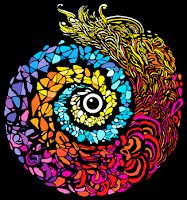 Email ThisBlogThis!Share to TwitterShare to FacebookShare to Pinterest
Labels: H.P. Lovecraft, Richard Stanley, SpectreVision, The Colour Out of Space