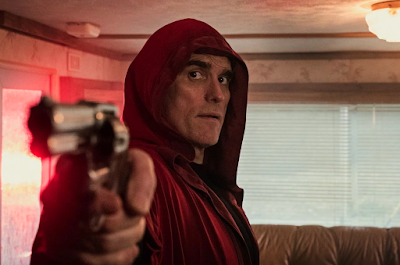 This year Lars von Trier returns to the horror well for the first time since 2009's celebrated and in equal measure reviled ANTICHRIST. One review for THE HOUSE THAT JACK BUILT out of its premier at Cannes, from a source that I trust (was it ScreenAnarchy? sorry I can't remember), hints at a more reserved film than ANTICHRIST, but that certainly doesn't jibe with all the other well publisised reactions (“disgusting,” “torturous,” “repulsive”) and reports of a mass walkout of more than 100 attendees. Is it really that nasty, or do people at Cannes just love to hate von Trier? 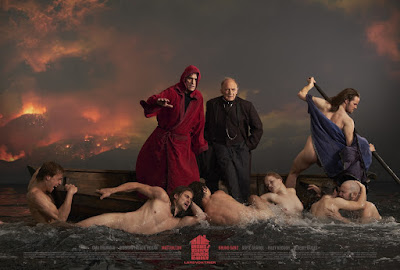 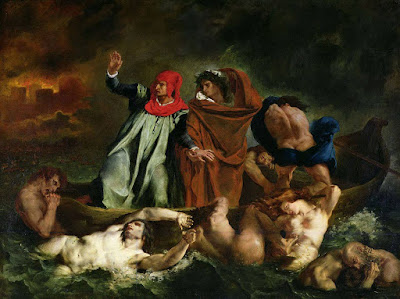 Whatever, today I just want to point out this cool poster for the film that dropped last week. Recreating Eugène Delacroix's famous painting "The Barque of Dante" as a dramatic freeze featuring the film's cast feels like such a calculatedly cynical move on von Trier's part. Having already gone on record as saying that the film's main theme is "the idea that life is evil and soulless", it's obvious that one of his main motives for making JACK is to provoke maximum disgust and hate. A work of pure nihilistic cinematic bile.

So what better way to make the film press loath him even more than they already do than by releasing a poster that blatantly compares his film to great art? Ah, Lars, gotta love him!