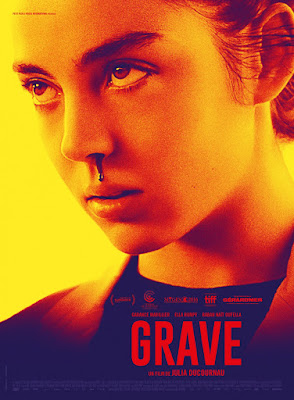 Provocative. Uncompromising. Disturbing. Beautiful. All perfect descriptors for Julia Ducournau's incredibly assured feature debut. Living up to the festival hype that precedes it (if not the stories of audience members fainting and vomiting), RAW is the true spiritual successor to the brief but intense wave of outstanding French horror that began in 2002 with Éric Valette's MALEFIQUE, and culminated almost a decade later with Maury and Bustillo's LIVIDE. And if you're wondering, yes, this film is right up there with the very best of that decade - INSIDE and MARTYRS (in terms of its quality, not its gore).

Justine (a tour de force performance from 19-year-old Garance Marillier) is the youngest child from a family of gifted veterinarians, and as RAW opens, we see that she is the latest prodigy from that family to attend the university that has been their traditional training ground and rite of passage. Not only does she bear the weighty responsibility of living up to her family's record of excellence, but she must now face the same week of brutal and degrading hazing that her parents and older sister endured before her. When one of the hazing rituals forces her to betray her staunch vegetarian values for the sake of acceptance in the herd, Justine is sent hurtling down a dark and uncertain path on which she seems to have little control. 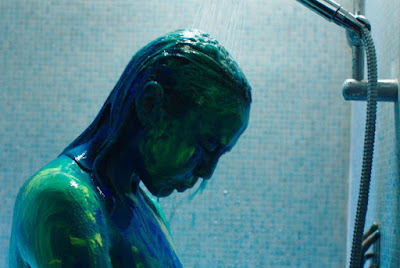 Cannibalism in horror has proven to be an effective subtextual device, and here the flesh that is consumed - both animal and human - is a blatant metaphor for teenage sexual awakening and risk-taking experimentation. We see Justine emerge from the innocence of her earnest vegetarianism to discover that she has a voracious and primal appetite for meat, a desire that becomes so all-consuming and carnal, that it leads her to follow her desires to the most dangerous and taboo extremes. The meat in RAW is very much the Flesh of David Cronenberg's early films, and here, as seen through a uniquely feminist eye, the Flesh is literally a metaphor for the New: new experiences, new ideas and new self-identity.

The prosthetics in RAW are next-level excellent, I would say a touch more realistic than those seen in GREEN ROOM last year. Wounds and body parts here don't look latexy at all, they look real. There's an autopsy involving a dog that I really hope the eventual blu-ray delves into, because I have no fucking clue how it was achieved, such is the degree of realism. So, yeah, don't expect MARTYRS levels of gore, but what you do get is top-notch fx work.

To be honest, with the exception of one pivotal scene of cannibalism, RAW's most powerful moments aren't to be found amongst its copious scenes of sex and violence. Rather, an early sequence that puts the viewer right in the steamy chaos of a debauched campus party, and a stunning scene involving the sedation of a horse are the real show-stoppers here.

This is one of those debuts that heralds the arrival of an impressive new talent on the scene. RAW is an instant Euro-horror classic, not to be missed on the big screen, and I'm fairly certain that Julia Ducournau is a name that we'll be hearing a lot more in the future. 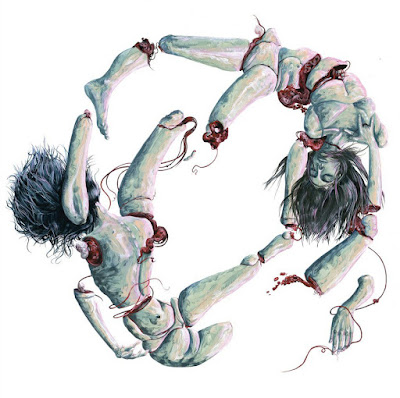 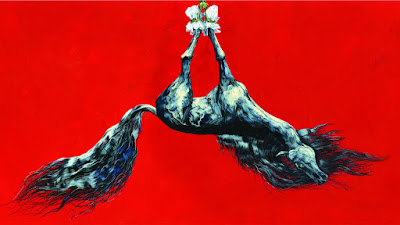