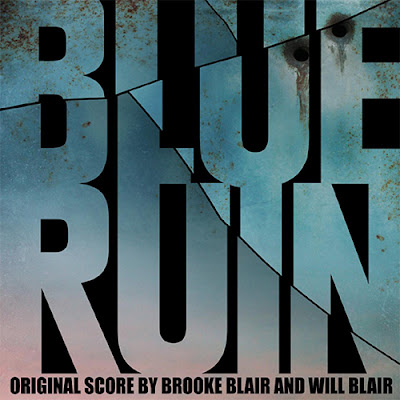 Some of the best film scores don't dominate the soundtrack; instead they lurk in the background, building tension, atmosphere or whatever through subtle suggestion rather than blunt-force emotional manipulation. A perfect example of this is François-Eudes Chanfrault's icy, melancholy score for Inside, which listened to on its own can feel completely at odds with the carnage and mayhem that it accompanies on screen.

Brooke and Will Blair are also masters of the understated score. The duo's compositions for Jeremy Saulnier's Green Room and Blue Ruin are deceptively simple, but are in fact skillful exercises in balancing ethereal dreaminess with a deeply unsettling sense of creeping threat. Both scores are similar - a chilly ebb and flow of synth sounds, punctuated by passages of throbbing, pulsing menace. Like Carpenter, but without the beats. Some minimalist scores can be a bit of a chore to listen to on their own, but these are a pleasure, and as captivating as the two masterpieces that they were written for. You can stream the OST for Green Room elsewhere on this blog, but today just lose yourself in the Blair brother's score for Blue Ruin, courtesy of Blackest Rainbow Records' bandcamp page.

After six and a half years, today marks my 300th post. Most blogs seem to mark their progress in the thousands, but I have no idea how they do it. Fuck knows, it was hard enough for me just to reach this minor milestone. I actually recently considered throwing the towel in, but - like an antibiotic-resistant infection - I'm still here! Anyway, thanks to everyone reading this, and see you at post 500!?