Following Jeremy Saulnier's masterful Blue Ruin, his upcoming punks vs skins thriller Green Room is probably my most anticipated movie of 2015. I've been dying for the first reviews to hit, and earlier this week the first few surfaced out of its debut at Cannes. Happily, it looks like Saulnier hasn't disappointed on his third feature. Have a read of a couple of very positive reviews here and here.

So, some good news there if, like me, you've been anxiously wondering if Saulnier's first foray into the bigger leagues (big name actors and presumably a substantially larger budget) would pan out. The big surprise from all the reviews I've read is that everyone seems to be in agreement that Green Room is essentially a balls to the wall horror movie, both in terms of its structure and the amount of violence and gore on display. I did not see that coming, and I couldn't be happier to hear it. 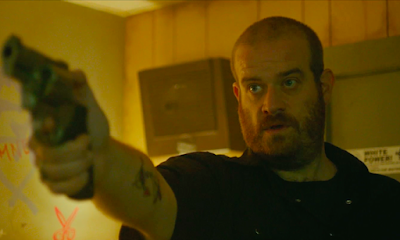 However, the thing that will make or break this movie for me (and doubtless many of the folks reading this) is the veracity of Saulnier's depiction of punk and skinhead culture. Green Room is a punksploitation film through and through, a subgenre that's had a spotty history to say the least. For every halfway decent punksploitation flick (Suburbia), there's been five absolutely laughable ones (Romper Stomper). If your movie is just a goofy fantasy (Class of 1984, Return of the Living Dead) you can get away with ridiculously exaggerated stereotypes. If on the other hand you're going for realism and authenticity... you'd better get it right or your target audience will be doing a lot of groaning and eye-rolling.

We'll have to wait and see with Green Room. From the outset, the idea of a venue owned and run by Nazi skins is already pretty suspect to me. Does such a venue actually exist anywhere in the US, outside of a KKK or similar neo-Nazi compound? Not that I've ever heard of. The closest thing that comes to mind for me are the NSBM thugs of Blazebirth Hall in Russia. But in Oregon? From what I gather, the Portland SHARPS would probably have a thing or two to say about that. Maybe someone with some knowledge and experience of the region could set me straight in the comments. 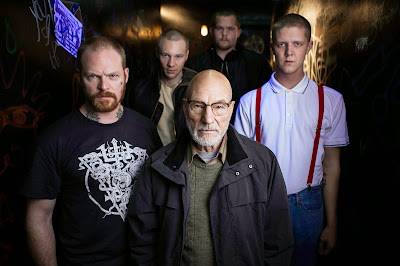 I spent a lot of my teens and twenties in Canberra, so I've got a personal and bloody history with Nazi skins. My time spent there in the '80s was characterised by my friends and I constantly looking over our shoulders, and sometimes having to run for our lives from a particularly vicious crew of skinhead thugs. We were a bunch of scrawny teenage punks. They were older, bigger, musclebound gorillas who thrived on intimidation and violence. They hated us and everything we represented, particularly our fondness for skateboarding and US hardcore, which they passionately resented due to their extreme nationalist views. Some UK punk they could tolerate, but the US shit? No fucking way. I was in the melee at the infamous Massappeal/D.R.I. show at the Old Canberra Inn in 1987, and was lucky enough to make it home with only a mild concussion. A lot of other people that night and over the following months were not so fortunate.

So let's just put it this way: if this film depicts some Nazis getting their balls ripped off by their own pitbulls, you'll have to excuse me for indulging in a little sadistic wish-fulfillment and schadenfreude. 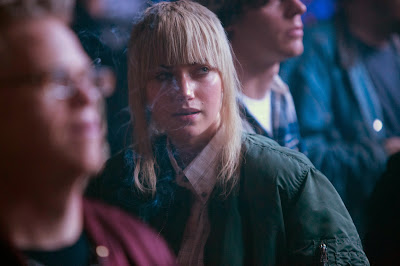