The Day The Universe Ceased 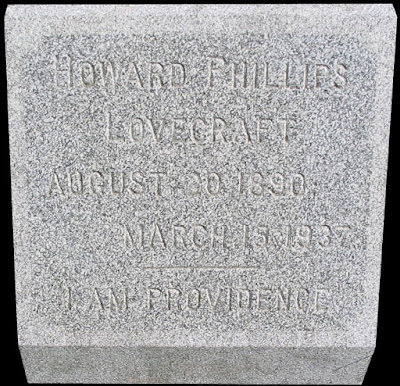 So reads the inscription on H.P. Lovecraft's modest tombstone at Swan Point Cemetery in Rhode Island. Nick Blinko also invokes these most heavy words at the end of the song The Only Child on Rudimentary Peni's 1987 HPL concept album Cacophony.

When I wrote my last post acknowledging David Cronenberg's birthday on March 15, I was unaware that the date also marks the death of Howard Phillips Lovecraft (thanks to the excellent Lovecraftian cinema blog, Unfilmable, for passing on this eldritch lore). That makes the day one of ominous portent for me as the two men are respectively my favourite horror director and writer. 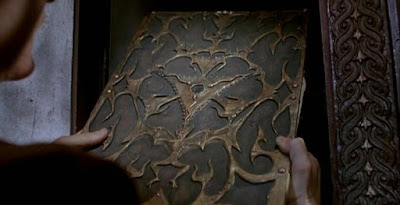 This album freaked my friends and I out when it was released. We really just wanted another Death Church, so this weird assortment of in-jokes and occult ramblings was kind of baffling to us. At first I just latched onto the more rocking tracks like Architectonic and Dominant and Sunset for the Lords of Venus, but over the years I've come to love and appreciate the whole bizarre mess for the crazed genius that it is.

I know it's not very inspired of me to post Cacophony as a tribute to HPL, as it's probably the most obvious choice and has been posted on a hundred other blogs, but to hell with it - I love the Peni. Lovecraft baby!